Have you ever felt like, there’s just gotta be more to life than this?

Like there has to be more to life than just this mind-numbing work every day from 9 in the morning to 6 or 7 in the evening?

That’s exactly how I felt on May 22nd of 2014 as I sat in my barracks after coming home working as a human resource specialist at 4-160th SOAR (A) in Joint Base Lewis McChord Washington State..

Everybody (except my Mother) kept telling me to just keep my head down and keep working, I’m in the military, I have great benefits, I have 3 hots and a cot, but at that point, I felt completely unhappy.

I absolutely despise the idea of waking up in the morning and getting pissed off at the alarm clock because I had to honestly be around certain people ide rather not, do work I no longer felt like doing, and *stick it through until I’m 40* retire from there…then work on someone else’s schedule again for another 15 years and retire again.

I remember when it all started, though it feels like yesterday, that evening of May 22nd 2014 I was sitting in the barracks, when out of nowhere I received a message on Facebook from someone selling a business opportunity, she was so unprofessional about it, and it was so random I just ended up blocking her..

but the name of the company did stick, and just out of sheer curiosity I did what I thought at the time would be a quick google search, and ended up going down a rabbit hole I would never return from.

My life was forever changed just after watching a few ‘lifestyle videos’ of young people who were the same age as me living free of 9 to 5. Working from their laptops at the beach, making their own schedules. I instantly fell in love.

After watching these videos, I realized the 8 months of joy and fun I had doing door-to-door sales 6 years prior (at age 19) wasn’t in vain!

You mean to tell me I could do an online version for the rest of my life and be completely free! my mind and vision to what was possible completely opened up and I started to think very differently about being an Employee vs an Entrepreneur!

The Road to Retirement 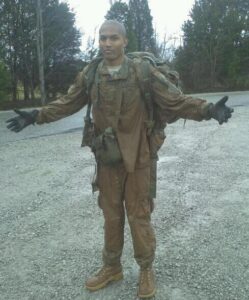 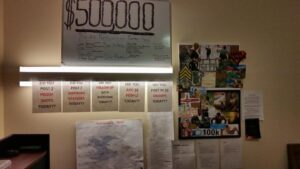 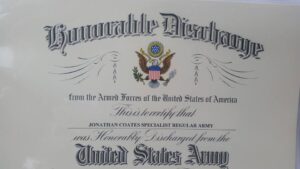 Like most entrepreneurs, when I first got started, I thought everything was going to be peaches and cream, in fact, I was so confident, that I made a vision board that had a 6-month expectation to make 500,000 dollars.

It felt like I was a part of at least 20 different courses and opportunities at the same time! In the beginning, before I left the Army in December of that year 2014, from May to then I spent the majority of my time after work getting enticed by Guru after Guru.

What kept me driven even through constant disappointments witnessing these companies fail, was the fact that if I get to the bottom of this and figure it out, I could be free and retired by the time I was 30, rather than waiting until I’m 60!

I soon realized early on, that my overly ambitious plan may be a bit unrealistic and couldn’t help but ask myself constantly (what would it be like if I did this all day? rather than just the evening?

because this started to seem like my “side hobby” was becoming more fascinating and interesting to me than my actual job, but, yet there I was stuck in the barracks under contract waiting to report to work in the morning, running out of time knowing I need sleep for formation.

I liked the idea of working on my dream full-time rather than going to work for someone else all day and then spending the little bit of time I had in the evenings focusing on myself.

In June of the same year, I went on a 2-week vacation to Atlanta to visit my mother and sisters, while I was down there my Mother recognized the obvious distress I was in, and I couldn’t help but to break into tears as I fell in her arms while hugging m I told her how much I felt like a slave and on and on,
but just as we were having that conversation I check my phone goes off with a cash register notification sound from eBay.

I made my first sale from dropshipping! (now mind you, I was throwing everything at the wall that stuck) so dropshipping was something I experimented with alongside other opportunities.
But regardless of which opportunity paid me, I Got Paid and that’s when I made the decision to get out of the army by all means (ethically of course) because I now understood what Residual Income really was!

On December 17th 2014 I officially left the military and ventured off into the new world as an entrepreneur full time in my business! It was a little frightening to say the least, but I was always taught growing up that life is short, and whatever you do – be your absolute best at it.

Taking My Business On the Go

In February of 2015 before moving back to Georgia, I stopped by Alabama to take care of and help out my grandparents.

Truly one of the most humbling experiences in my life, but before I made it there I needed to learn how to operate my business on the go and really live the traveling salesman lifestyle because I had to drive from Washington State (Pacific North West) all the way down to Georgia (South East).

I started to google and tap into my resources built up to that point and started to notice that most of the top earners I was following were travelers like me!

To be honest, adapting to this new life of being on the go all the time in the beginning when I practically had nothing but my laptop and internet was tough.

Moving from hotel to hotel, sleeping at rest stops, traveling across the country. It took me two weeks to get there, and once I arrived in Enterprise Alabama I had a newfound respect for stability.

After that point, it took me about 6 months to get a good rhythm going and HOW to make it all work, at that point, I was generating consistent income for myself, be it wasn’t 500,000 dollars,

but because I was so committed to growth and sticking to my strategy and daily action plan, some really awesome things started to happen.

(to be continued – tired of typing for now lol) 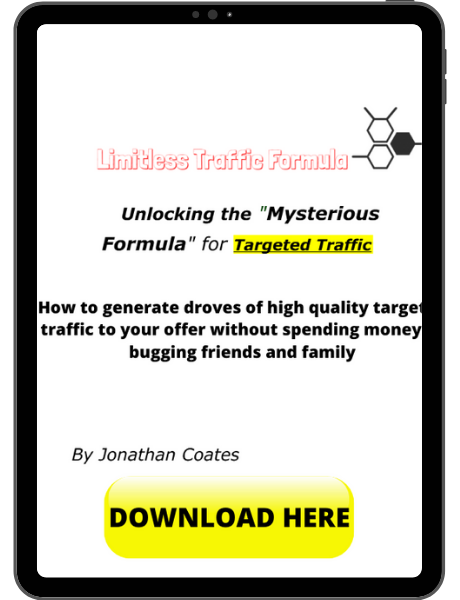 Connect with me on Social Media

Search For a Topic Here